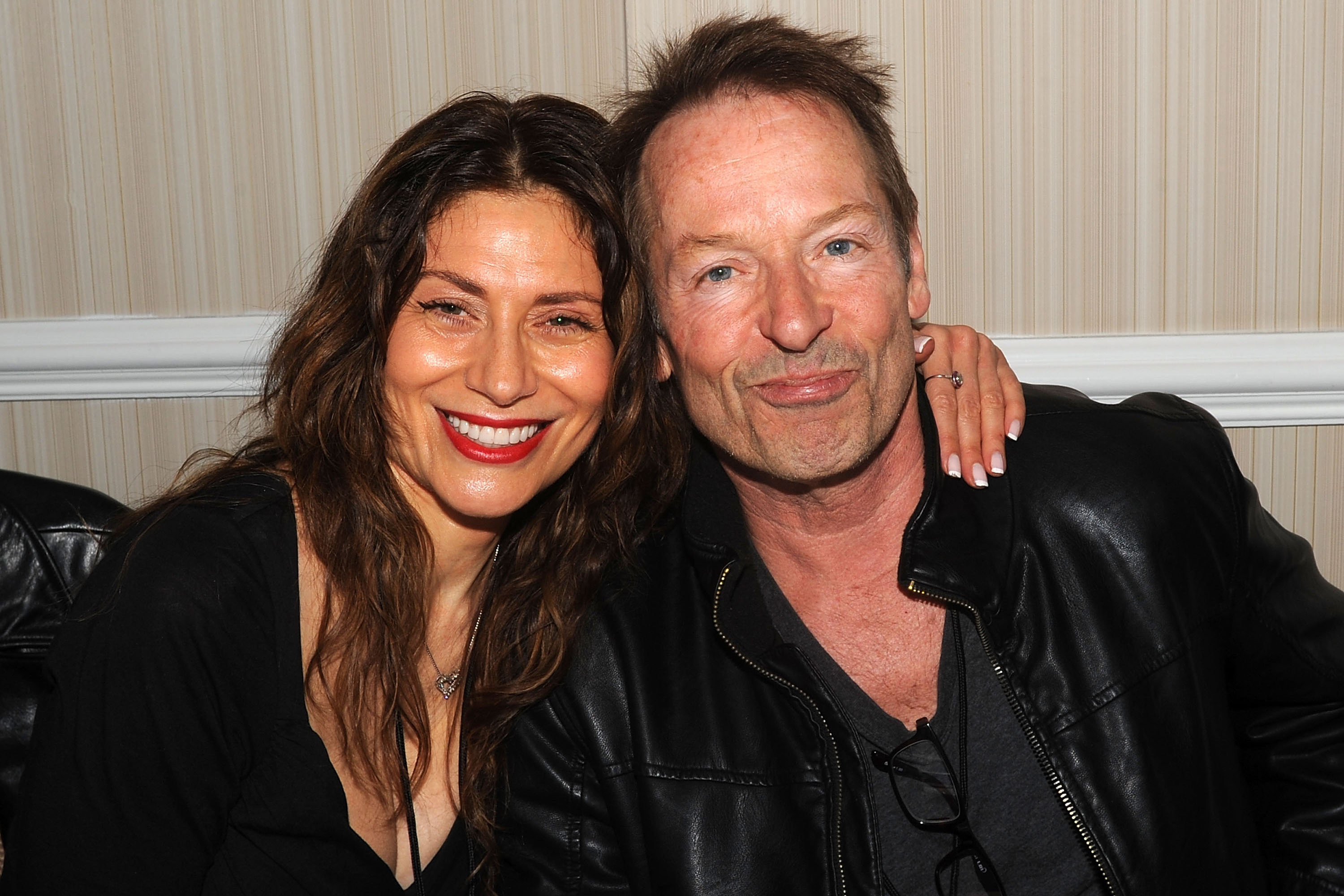 Thank you, Simon, for taking the time for this interview. I am going to try my best not to be too big of a “fan boy”, but no promises! I must let everyone know that Simon’s wife, Maria, has agreed to join us for this interview, which is a first for Masters Radio. So, thank you too Maria!

Rob – I’m going to switch it up a bit and ask Maria the first question. Is there is a song Maria that Simon has done that makes you say “If I hear that song, ONE MORE TIME…” I am sure there is not. But we are all friends here. So, maybe write me separately to answer the question😊

Maria – No, as a matter of fact, Simon always seems to find a way to sing the same song with so much Soul, that it makes me fall in love with him, all over again.

Rob – All kidding aside, your music, Simon, has played a big part of many people’s lives. Is there a song that you have that still gives you a thrill when you play it?

Simon – Yes, Bad Company & Rock n Roll Fantasy. A good song never really gets old. When I see them on the set list, I really look forward to playing them.

Rob – My wife would slap me for asking this, but she is not here as I write this question. Who do you think is more ready for the Covid lockdown to end and playing live to begin, you or Simon?

Simon – You know its kind of like a double edged sword. I’m lucky to have a nice little house with a studio, but I miss playing and touring like I have most of my life. However, I get to spend quality time with Maria.

Rob – I would say, let’s get serious now, but we know that ship has sailed. So, Simon, has there ever been a time when you have been on stage and you started to play the wrong song?

Simon –Quite honestly, No! However, I will tell you a quick story. At the end of a tour, we are always a little wary of what the road crew will do at the final show. Days when I did a drum solo, at the last show the crowd was going crazy. I thought “wow, there must be a lot of drummers in audience.” I then happened to look up and the road crew were lowering a large inflatable King Kong and weren’t really cheering for only me.

Rob – The chances of making it in the music business are worse than being hit by lightning. You have been “hit by lightning twice” with Free and then Bad Company. Besides incredible talent, please tell me that there is something that happened along the way and not that you just sat out in thunderstorms a lot!

Simon – Free & Bad Company were lucky to have been blessed with talent, good timing and a solid team behind them.

Rob – I would be remiss if I did not acknowledge that Maria brings her own famous dossier to this interview with her involvement on stage and screen both front and center and behind the scenes. What do you have planned as soon as we get back to normal? Whatever normal looks like in the future.

Maria – Thanks for asking, Rob. At the moment my writing partners and I are going to start shopping around our new tv episodic, SUFFRAGETTE CITY. I will also be getting back involved with Theatre 68, which i am a member of. They encourage actors to write, direct and produce. It’s an incredible community of supportive loving people.

Rob – If you had to come up with a title for a song that you think best describes Maria, what would it be? Maria, same question about Simon?

Simon – She Means Everything to Me

Rob – If I were to name all the things your children have accomplished, we would need another ten questions and I am lucky you have not slammed me so far, so I won’t list them. HOWEVER, is there some advice that you have given them that you think they took to heart along their paths?

Simon – I think they all learned, to some degree, to stay away from hard drugs.

Rob – Simon, I asked Maria what she has plans to do after lockdown, how about you?

Simon – Well, I really want to tour again and score movies. Management has taken dates at the end of the year depending on the vaccine of course. Virtual concerts are in the plans. They are really taking off. And some big bands like the Foo Fighters have done some. I’m in talks with some folks for a solo show. Scoring movies is great fun and I’m hoping to do some more of that. We are always creating new music and hope to have some released in the future.

Rob – Finally, I know this is a ten-question interview and I am forever grateful for your time. I could have written a book of questions and just feel lucky to have had the chance to talk to you. It sounds like I am buttering you up before I drop the hammer! Yet, we have talked before about the state of the music industry and how badly Masters level artists are treated. In your opinion, what must change?

Simon – Streaming royalties must be raised, and YouTube should pay artists whenever their clips are accessed.