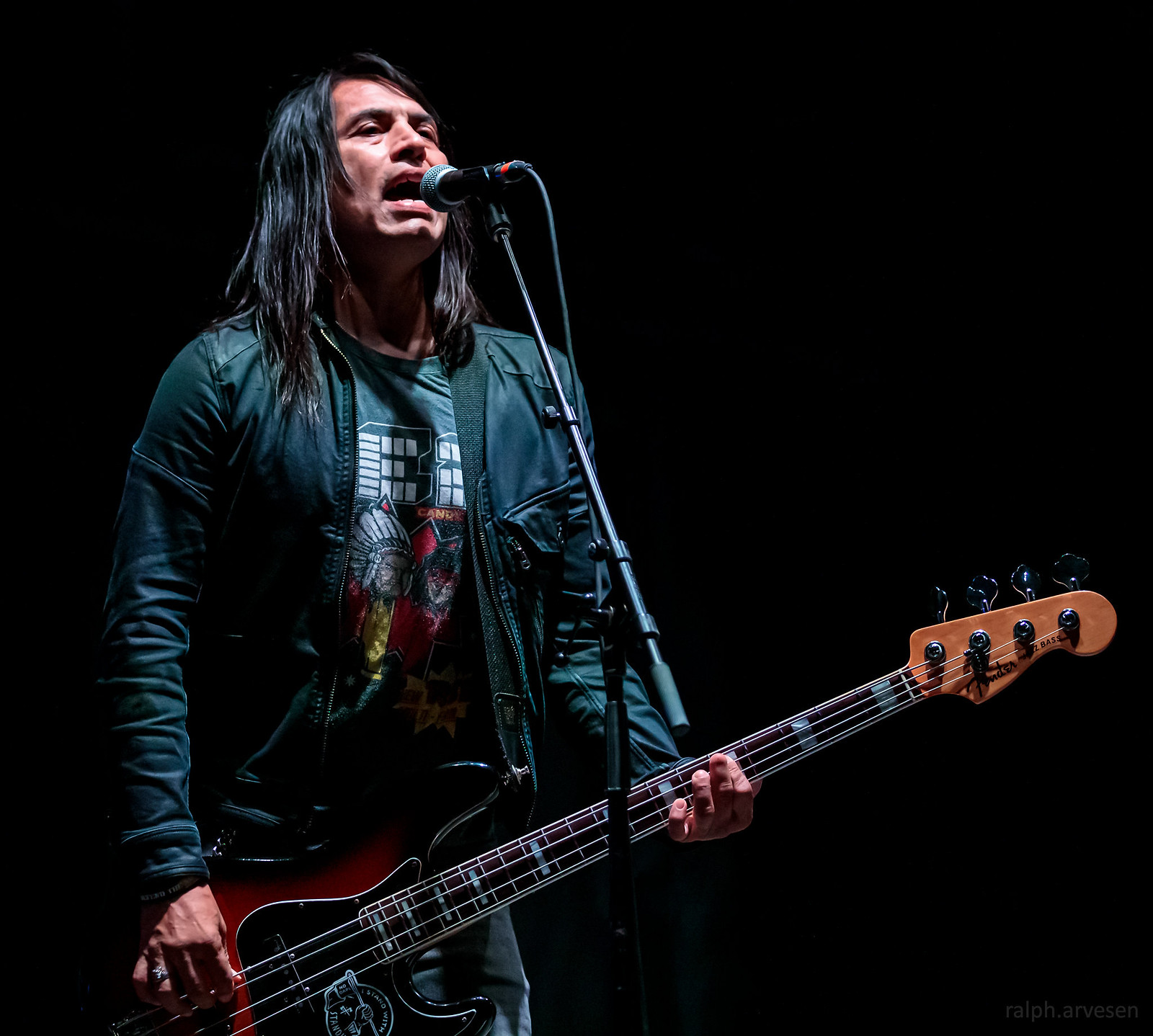 We had a chance to catch up with Freddy Herrera, base player for one of our favorite bands, EVERCLEAR!!!!

Rob – Thanks Freddy for doing this interview with me. You know I have a love/hate relationship with the band name Everclear. On the one hand, I love the music. On the other, I had a bad experience back in college over thirty years ago drinking a concoction of Grape Juice and Grain. Have you ever tried the drink?

Rob – We have learned in our interactions with artists that there are certain personality traits that match the different positions in a band. Bass players always seem to be steady rocks without a lot of shouting and dancing around in a performance. Would you consider yourself lowkey?

Freddy – Well, I’m pretty low key but while I play, I definitely do a lot of shouting AND dancing, so I guess I don’t exactly fit into that box but I’m totally fine with that.

Rob – When we were getting this interview together it looked like you guys are touring again. You were performing in Baltimore; MD and it is the band’s 30th Anniversary Tour. When you aren’t on stage, what is the BEST thing about touring?

Freddy – Hanging with the guys and seeing new places on my bike during the mornings.

Rob – Our friend Steve Lynch once told us a story of a place he played on tour that had us crying laughing. What is the strangest place you have ever played?

Rob – Tell us the last time you were on a skateboard?

Freddy – Probably like 1987 or ‘88. Riding a backyard half pipe. I remember it being so fun but worried that I could break an arm or mess up my hands, so i didn’t skate for very long.

Rob – From the research we CONSTANTLY are doing looking for new music, it seems that there hasn’t been anything from the band in quite a while. Are there any plans for something new?

Freddy – Oh yeah! We are working on a new song right now. It’s called “Year of the Tiger” and should of already been finished before the tour but our engineer caught Covid, so it had to wait.

Rob – You have been with Everclear playing the bass for longer than any other bass player has been with the band. What do you think is the secret to your longevity?

Freddy – I guess being able to get along with the guys and be flexible.

Rob – What type of bass do you play, and do you have a favorite?

Freddy – I play a Fender Jazz bass with active pickups, which i absolutely love! My favorite bass is my Sadowski Jazz but I leave that at home so as to not have any happen to it.

Rob – A lot of lead guitarists switch up their instruments during a performance. Do you do the same? Or do you stick with one in particular?

Freddy – Nah, just the one

Rob – If you were told you could have any other position in a band, what would you choose, and why?

Freddy – Bass all day. I just love the instrument. It’s gotten me pretty much everything that I ever wanted 😃

Rob – McCartney just turned 80 during his tour. Do you want to play and perform forever?

Freddy – Sure, if someone will have me, haha!