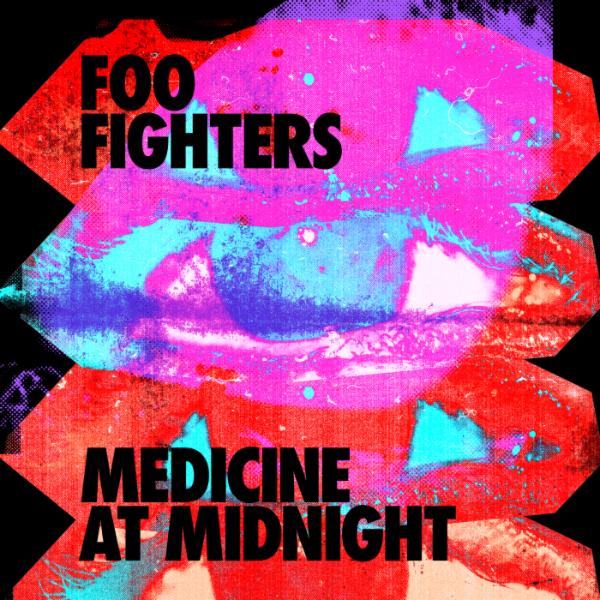 2021 already seems promising for experimentation and change. Hey, it’s the new year, what else to do? How about making a new sounding band!

Medicine At Midnight is Foo Fighters latest release that came out February 5th. The thing to applaud and note is that Dave Grohl made a pop album with the sound and aesthetic of the Foo Fighters. This is a fast, high energy piece with a variety of acoustic tracks, sing-in-the-car rock songs, and electronic drumbeats.

“Making A Fire” starts out the album with its signature pop sound; a strange mixture of top 40 radio, R&B, and Grohl’s guitar. “Shame Shame” quickly became one of our favorites. A song closer to jazz than anything else. The swinging bass combined with soft synth and backing vocals brought together something nice.

“Waiting On A War” is the most “Fooey” track on the album. It very much reminded me of “The Pretender” and older albums by them. Grohl’s lyricism stands out while it’s backed by acoustic guitar, heavy bass, and drums (You just have to wait until the end). There’s a reason that this became the most popular single out of the other two, “Shame Shame” and “No Son of Mine.”

This brings us to the title track and it’s much funkier than anticipated. This has the best mix of R&B, Pop, Jazz, and the band. If this album was an experiment for a new sound, they may have found one with this song. Even down to the choice of percussion, this sound was crafted specifically, and it sounds great. Just put more cowbell in songs, people!

The last single on the album “No Son Of Mine” is the heaviest song on the record for sure. The next track “Holding Poison” gives two nice heavy, fast back-to-back songs that set you up for the end of the record. Both songs feature great vocal and guitar solos, backed by female vocalists and hard cymbal crashes. For us, this was the peak of the record. The composition of the album is successful in making a great listening experience. A great mix of new sounds, and a few classic sounds at the end make the experience worth having.

The record ends with “Love Dies Young.” It just reminds us of the hard truths and the good old days. This was a great way to end the album, being one of the best songs on it. Great echo effects in the bridge and chorus tie a nice bow and end the record.

Overall, on the Masters scale, we give the Foo Fighter’s pop-rock experiment, 8/10. I think this is an interesting album, but maybe not the best for someone looking for a classic FF sound. I give props to Dave Grohl and the band for experimenting, succeeding, and charting.