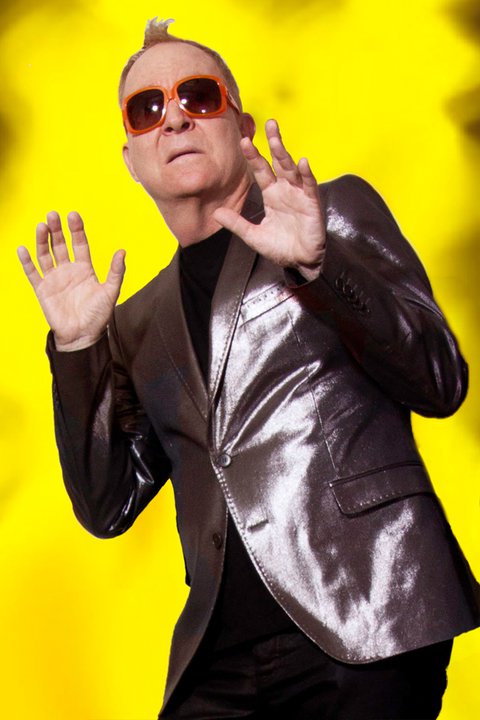 Ten (plus one) Questions With Fred Schneider (B-52’s)

Fred and I have been connected for quite awhile now and I FINALLY got him to do a short interview with me. He is a busy man, as evidenced in some of the projects he is involved with and talks about.

Rob – Thanks for doing this interview, Fred. We really appreciate it. For most of us “Rock Lobster” is where we first learned of you and the rest of the B-52’s. Did you ever think that you would have a career in this business when you first appeared with the band?

Fred – Not at all! I loved writing and made basement tapes with Keith and Ricky. I have no marketable skills, LOL, so…The band started out as something to do in Athens, which was Snoresville.

Rob – Most of our followers, friends, and family know that I can be a bit of a smart ass. So, for them, I apologize if I push it too far. HOWEVER, anyone that answers that your influences included “Halloween songs and nutty Christmas songs” has to appreciate the title of “smart ass.” Otherwise, you wouldn’t have cut a song called “Teddy and Betty Yeti!” Where did the idea come from to do that album?

Fred – I don’t know, it just came to me. But, I always wanted to do a song called “Stampede at the Petting Zoo”, I know, sick LOL

Rob – In looking through your discography, we noticed that it has been a bit of time since your last release. Do you have anything in the wings you are planning on coming out with?

Fred – “TRUCK” with Sean Dickson of the Soup Dragons came out (2016). I’m working with Hardgroove from Public Enemy, and a song called “Sex and Chips” with The Fabulous Downey Brothers was released in February. (NOTE: This song will added with the new stream update)

Rob – You have collaborated with a bunch of different artists over the years. Is there an artist that you have wanted to collaborate with that you would love to record something with in the future?

Fred – Not really. I work with friends. I’ll be working with Greg Suran on a song for Mary of Southern Culture.

Rob – In some circles, you have been known for your poetry. I know they have been small circles, no offense, but do you have a desire to release more poetry?

Fred – I do have more poetry. I hope Kenny Scharf will illustrate them.

Rob – In a recent interview I did with another artist, I had read beforehand that the artist had done an interview and teased the person that they had expected a “what’s your favorite color question.” So of course, in my interview with them, that was the first question I asked😊 What question are you asked the most that you would be happy not to hear again? Or, on the flip side what question HAVEN’T you been asked that you really have wanted to answer?

Fred – How did the band start…LOL!

Rob – Because we didn’t grow up IN the industry, we don’t know sometimes just what we don’t know. Part of doing interviews with our Masters is to pass on information to the next generation. Besides telling them to not sign any of their rights away, what would you advise them to do, or not do?

Fred – Everything has changed beyond belief. You have to be a YouTube or TikTok sensation!

Rob – You and I first exchanged messages a long time ago on social media. You had been focused on your coffee business at the time. Hopefully, it has gone well, and you can tell us more about it?

Rob – Finally, settle a bet I have with some other members of Masters Radio. Is the Tin Roof Rusted? Or is it Busted?

Rob – Are there any plans to record again with the rest of the B-52’s?

Fred – Not at the moment. We all have projects.

Rob – We know of your love for all things goofy as hell when it comes to music! Is there a serious song that you have done or one you would love to release?