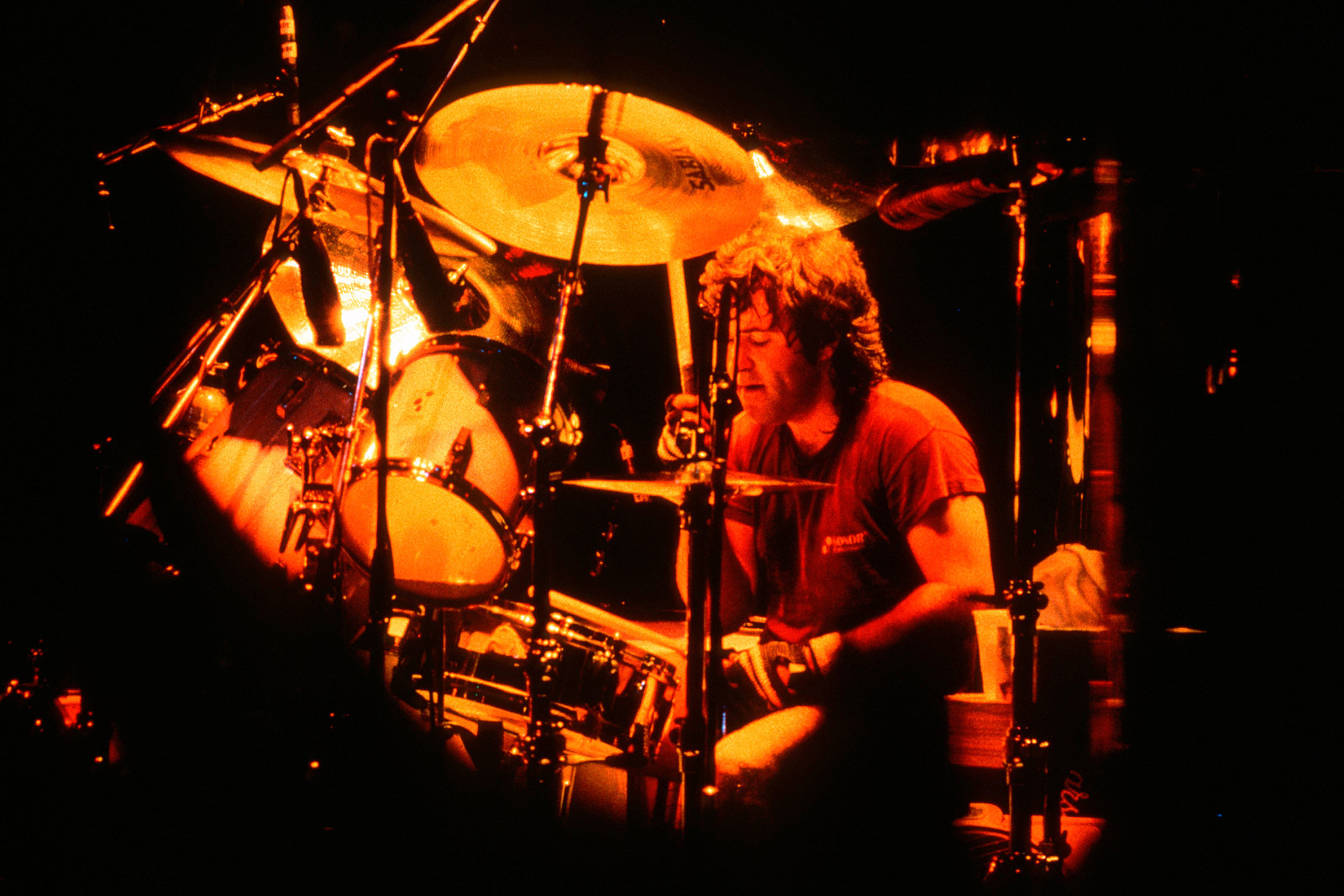 We caught up with our friend, Simon Wright, who is a drummer best known for his work with rock bands AC/DC and Dio. He, as always, is extremely busy and we appreciate his taking time to talk with us for a few minutes. We KNOW you’ll enjoy this as much as we do!!!!

Rob – Thanks Simon for doing this interview in our continuing Ten Question series. Let’s start out with a simple question, who is the best drummer of all time and why? 😊

Simon – For me that would be John Bonham, although there are some other incredible players out there but Bonham had a certain power and finesse and control that I found so enjoyable, he was also one of the first rock drummers I heard when I was growing up so he was my initiation into rock drumming!

Rob – I won’t try to corner you by asking what the is best band you have ever been a member. How about, what band was the hardest workout for you playing live?

Simon – I would have to say AC/DC, a relentless groove, and a lot of stamina, especially Let There Be Rock!

Rob – You have been a member of AC/DC, DIO, Rhino Bucket, and Operation: Mindcrime. These are only FOUR of the bands you have played with. How the heck do you keep the music straight?

Simon – Yes there are some different styles there. I just respect the music and the players! Sometimes you feel you can branch out a bit with the songs, but I always try to stick to fills or parts that are integral to the song.

Rob – Has there ever been a time when you looked out over the kit and thought “holy crap, that’s a lot of people?

Simon – HA! Many times! I always enjoy it!

Rob – You have recorded tons with different bands. Is there a difference now compared to what you experienced early on?

Simon – Pro Tools wasn’t around when I started recording, when studios started using it I was a bit pissed off because I always felt I had good meter so to play to a click track was a bit of an insult at first until I understood how pro tools is mapped out, so now I have learned to waiver around the clock to still give the song a real feel.

Rob – I would think that spending time with so many great bands would have a different fan base for each. Do you have to wait a beat when fans approach you to figure out what band they worship the most?

Simon – There are some REALLY die-hard supporters out there. Some will bring obscure old stuff I played on to be signed which is cool. I enjoy meeting people, and most have enjoyed the bands I’ve been involved in. They usually let me know who they enjoy most!

Rob – Do you get nervous before going on stage? I would think the kit helps a bit in giving you a barrier which to stay behind.

Simon – No, I used to a bit now and again but it’s mostly excitement now. I remember with Geoff Tate Queensryche that material took concentration so I had to be really focused, lotsa coffee! Ha-ha, but it was a blast to play that stuff!

Rob – When you play on a track, are you the type of person who likes to lay it down and move on? Or do you play beats over and over until you get exactly what you were looking for?

Simon – It depends on the song, there have been occasions where you have to re think a certain part , whether it be the pre chorus or middle eight or whatever, you just know when something is not quite right and that I find enjoyable working out what sounds best!

Rob – I’m going to give you a hypothetical situation. You get to pick the playlist for a gig tonight. The whole playlist can include any song from any band you have played with. What do you open with and what do you close with?

Simon – Hmm, interesting question, how about Back in Black and Heaven and Hell!

Rob – Now, to flip the scenario, you are coming on for an encore. What three song set do you want to play? It can be from ANY band EVER.

Simon – Maybe Neon Knights, Let There Be Rock, and Lights Out!

Rob – We know that people think that artists just show up at the studio and come up with a couple of songs in a few days. A lot of planning goes into producing new music. So, what does the next couple of years look like for you?

Simon – Well in October 22 I am going to Australia with Tim Ripper Owens from Judas Priest we are doing a Metal Gods tour playing Priest and Dio songs. Looking forward to that one.

Next year 23 there are plans being made to do a tribute to Ronnie James Dio tour which will include LED screens and 3D imaging, looks quite spectacular from what I have seen. I also have an album to record with Frontiers records at the end of this year with Tony Franklin from The Firm and Rowan Robertson from Dio. So, keeping busy!

Rob – Thanks Simon for taking the time to do this interview. I know you had some family things to take care of and I wish you all the best.

Simon – All the best Rob! Thanks again!