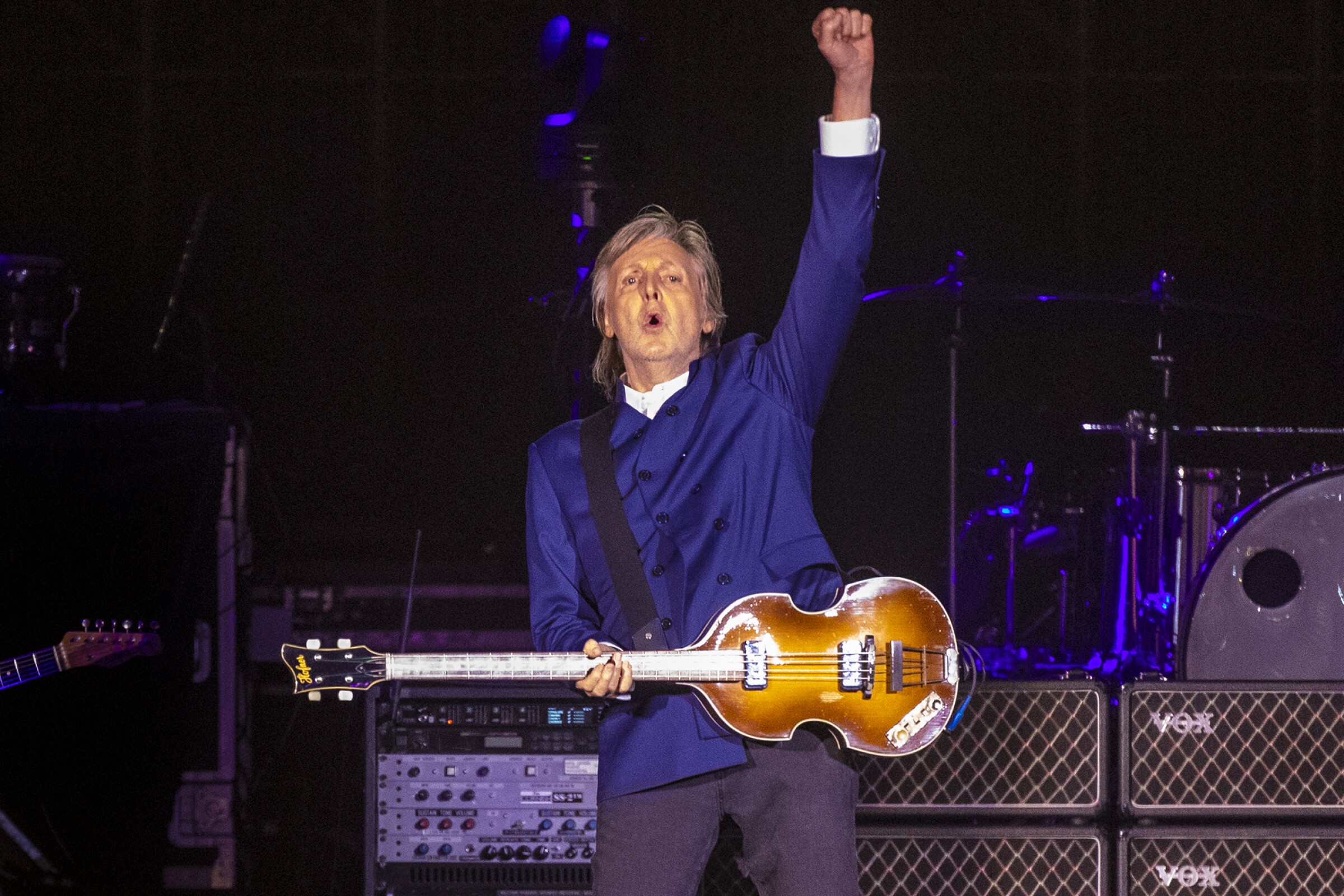 The recent Paul McCartney tour came to Baltimore, Maryland this past week and Masters Radio had several friends in attendance. So, always willing to try something new, we are going to publish reviews from a couple of different people! The first person to publish his review is John D. He is a nationally recognized podcaster and general all around good guy. We consider him part of the Masters Radio family and always will.

Paul McCartney – “Got Back” Tour at Camden Yards, Baltimore

It’s been almost 60 years since Paul McCartney last played in Baltimore. He played at the Civic Center in September of 1964 (now the Baltimore Arena) when Beatlemania was sweeping the States. And even though I wasn’t even born yet, like last Sunday, I’m sure it didn’t disappoint.  His stature as a musician and entertainer is legendary and we felt honored to have the opportunity to see him live for the “Got Back” tour. He started the night off with Beatle’s classic, “Can’t Buy Me Love” and continued into the night with a mix of Beatles, Wings and songs from his solo career. McCartney played for two hours and forty minutes and ended the night with six encores.

Throughout the set, McCartney reflected on his time with the Beatles and Wings which at times was very funny and always entertaining. During Beatles song, “I’ve Got a Feeling” he did a virtual duo with John Lennon that was very moving. You could really tell he misses his friend and bandmate.  Of the 37-song set, McCartney sang 21 Beatles songs ranging from the most popular like “Let it be” and “Hey Jude” to some of the less popular like “I’ve Just Seen a Face” and “Something”.  His wife, Nancy, was attending the show and he sang a song to her, “My Valentine”. From Wings, he played an energetic “Jet” and one of my favorites, “Let ‘Em In” along with several other songs.

Overall his performance was incredible. At age 80, you wouldn’t expect him to have the energy to put on the show that he did. His voice sounded amazing along with his backup singers in the band.  Before he came on, they showed a 20+ minute video reel of his life in music from the early beginnings of his career all the way to present day and it was a neat retrospect. All throughout the concert he used a lot of different visuals which made the show even more entertaining leading up to a ridiculous fireworks and light show for the song “Live and Let Die”.

I hope we haven’t seen the last Sir Paul in Baltimore but if this is his last go-around, he can certainly be proud that this nearly sold-out show (official numbers aren’t in yet) had fans on their feet cheering and dancing.