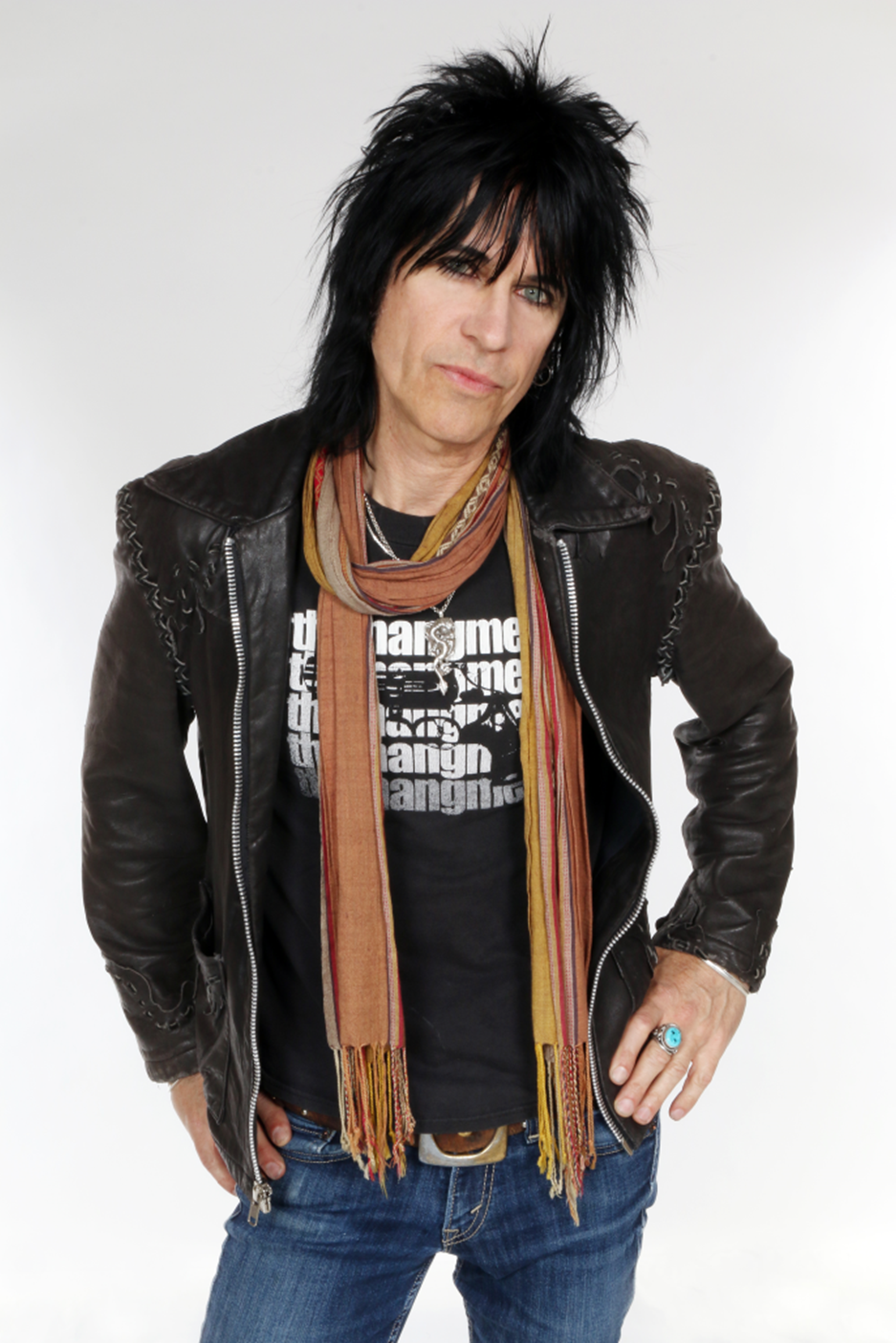 Rob – Thank you Brian for taking some time to talk to us here at Masters Radio. You all have come a long way since the first time I saw you in the early eighties playing at Turner’s Skating Rink in Hagerstown, MD. What are some of the strangest places you have played?

Brian – There were a few in the early days that were really sketchy as far as the crowd and the club owner, where we thought we might not make it out alive.
A club owner in Fayetteville, NC pulled a gun on Steve. Steve went back to his office to get paid and the guy wasn’t going to pay us what he owed us so Steve took out the contract to show him and the guy pulled a 357 magnum out of his desk drawer and said, “This is what I think of your contract… now get out of my club!”. We called the cops but they sided with the club owner and stood watch while we loaded our gear out.
Another strange one was an outdoor wedding where the bride & groom were KIX fans but a lot of the guests had no clue who we were… very strange.

Rob – Fans love to hear stories of how their favorite band/artist might screw up, which is something I will never understand. This is where I “won’t” mention forgetting lyrics on stage? Have you had any instances where you have tripped up and the audience had no idea?

Brian – There are probably more than I can recall but sometimes it’ll be an accident that turns out to be cool. Once we were playing “Girl Money” and I was having a problem with the monitors, trying to communicate to the monitor guy to turn something up or down. Right about then was the part in the song before the out chorus where the band pauses for a bar and I do the re-intro taking it back into the song. Well, the band pauses and I’m over by the monitor board trying to talk to the monitor guy. I turn around and the whole band is looking at me waiting for my part to come in. So, after that night we kept the longer 2 bar pause in that part of the song.

Rob – There are tons of songs in the KIX catalog. Is there one song you have recorded that you don’t play live anymore?

Brian – There are several that we haven’t played in years and a few we’ve never played live. We’ve never played “Cry Baby” off of Midnite Dynamite and up until Fuse Reblown was released, we hadn’t played “Piece of The Pie” live before.

Rob – Some of my favorite songs came off of your first album, Heartache, The Itch, Contrary Mary. Given the popularity and explosion of Metal music in the 80’s, do you think this album was a little ahead of its time?

Brian – I don’t know if I’d say that but we had our own thing that didn’t quite fit with anything else that was going on at the time.

Rob – To follow up on being ahead of your time, you released FUSE 30 REBLOWN last year. I fully believe that if this remastered version would have been the master recording 30 years ago, then the album would have been even more popular than it was. What did you do different?

Brian – It was completely remixed. We gave the original masters to Beau Hill and he mixed them without actually going back and listening the original recordings. So, this was his own take on it. The effects he added are different and a lot less muddy than the original and were some hidden guitar fills here & there that had been taken out of the original mixes that he brought back in. It really freshened up the overall sound of the record.

Rob – The persona of KIX on stage has always been that of being a “party” band. Have you guys slowed down over the years, or are you just getting started?

Brian – Physically we may have slowed down a little, but we still try to give it 100% every night regardless of how many people are there and our goal has always been to make it fun for everyone involved.

Rob – I have talked to other musicians who have voiced their concern over the current state of the music industry. Have you seen the industry improve or decline during your career?

Brian – It has definitely changed. In some ways it has improved as far as technology. Anyone who has a laptop can make quality recordings with the right recording applications. As far as record sales, that has all but gone away. In the old days, a record would go gold (500,000 sales) or platinum (1,000,000 sales) but now it’s considered good if you can sell 20,000 copies. I guess the mega-stars still sell a lot but with all the downloading and streaming services it is hard to keep track.

Rob – There is the famous story of you guys opening for an incredibly famous band in Baltimore many years ago where the headliner was almost booed off the stage in favor of having you guys stay and play more. Any truth to this?

Brian – I do not recall that?

Rob – The phrase “Rock is Dead” has been uttered from the Doors to Gene Simmons. What is your feeling about this statement, as Music Masters, and do you see a different view?

Brian – I don’t believe it’s ever been dead. It changes and evolves but it’s far from dead.

Rob – Are there any plans for a new album following the success of “Rock Your Face Off”?

Brian – We have talked about it and do plan on making another record at some point. We’re all working on our own ideas but haven’t gotten together to work anything out. We seem keep putting it off with stuff like the Fuse Reblown release and the Making of Rock Your Face Off DVD, but we’ll eventually get to it I’m sure.