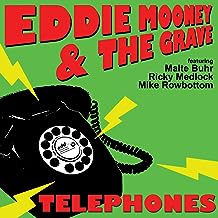 Eddie Mooney (born 6 August 1957) is an English rock and pop vocalist/bassist. He is best known as a member of The Fortunes. Mooney also appeared on a sporadic basis as bassist and vocalist with 70s Glam rock act The Glitter Band during this period, also recording new versions of their hits “Angel Face” and “Didn’t Know I Loved You” with original member John Rossall.

Rossall also is a part of Masters Radio, which isn’t uncommon to have two former bandmates with songs either with new bands or as solo acts. Yea, we play ’em.