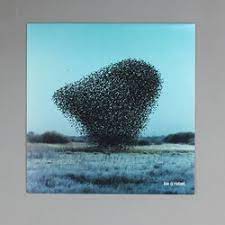 Its a shame that some bands have the distinction of being formed after another band has ended and then have to endure years known as doing so. New Order was one of these bands, but they have been together for FORTY YEARS. They stand on their own, like Foo Fighters or dare I say WINGS!

“Be A Rebel” was released by New Order a year ago and we failed to play it on Masters Radio until now. But hey, we have a LOT of music to track. Apologies and regrets because this is a great song.