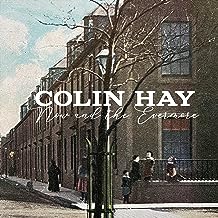 I once worked with the brother of Nils Lofgren. At the time he was touring with Ringo Starr and his All-Star Band. I asked him what his biggest thrill was. He answered that Nils had brought him on stage to play with the band and that he turned around and saw a Beatle playing drums.

Colin Hay was most known for his band Men At Work in the eighties. He has recorded several solo albums and played with Ringo’s All Star Band too. On his single “Now and the Evermore”, Ringo is featured in the background. I guess it was a long way to get around to saying this is a great song, with or without a Beatle!