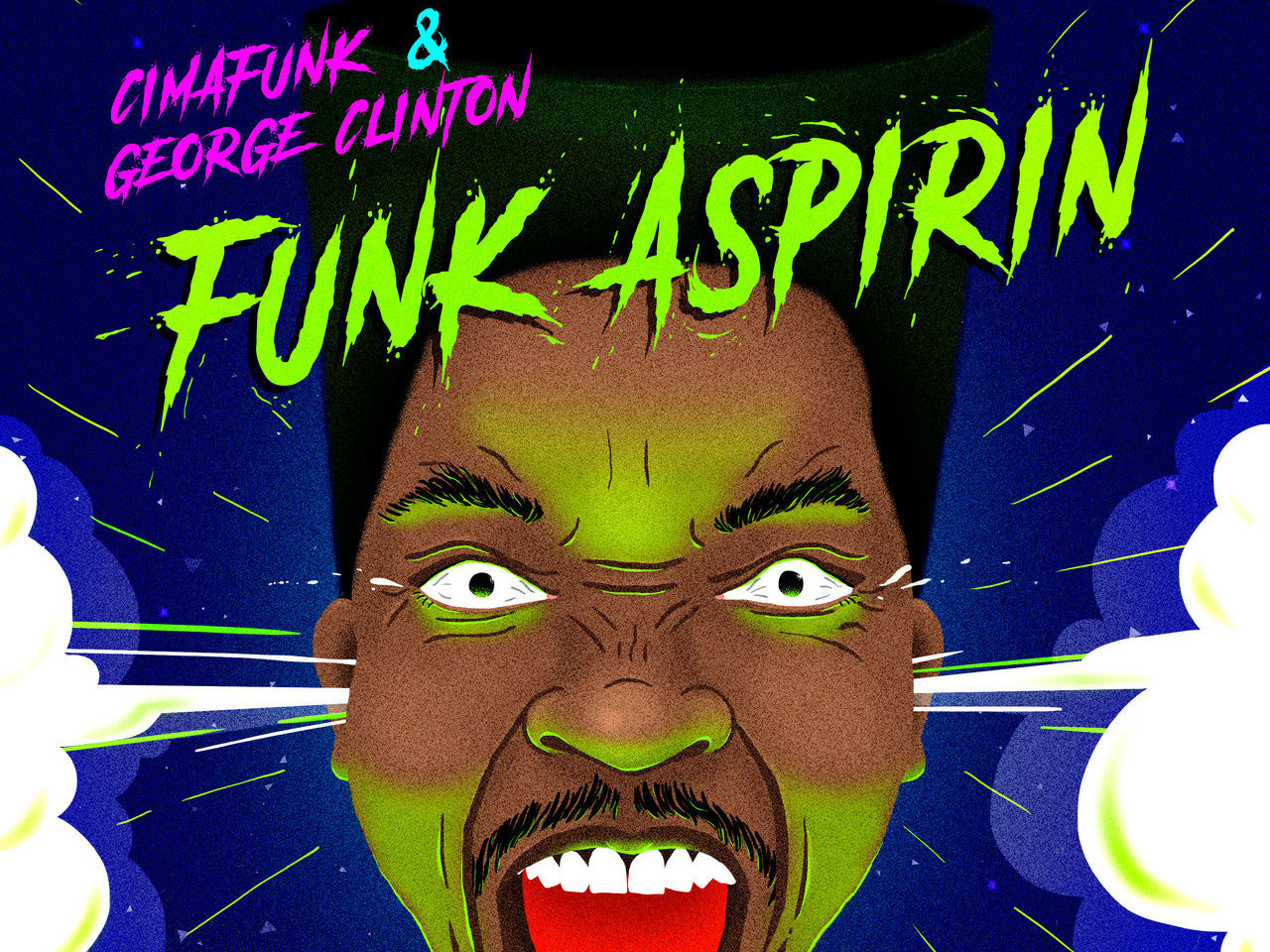 The funkmaster himself, George Clinton, is on the new release called “Funk Aspirin.” George is part of the Parliament-Funkadelic collective (which primarily recorded under the distinct band names Parliament and Funkadelic) developed an influential and eclectic form of funk music during the 1970s that drew on science fiction, outlandish fashion, psychedelia, and surreal humor. At least that is what Wiki says.