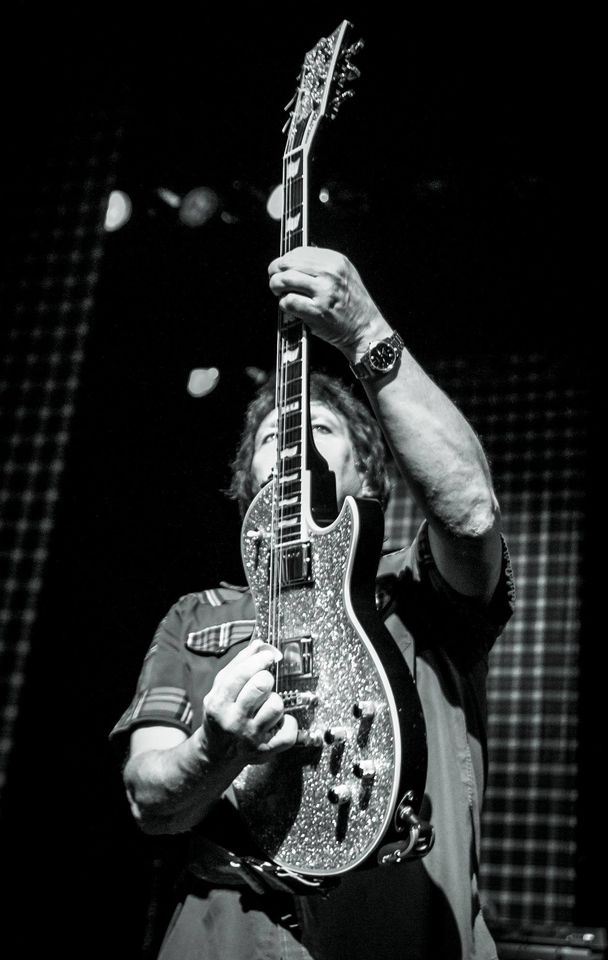 I recently got the chance to interview Phil Hendriks from his days first with The Stiffs up to his latest solo release “Radio Calling”.

Rob – Thanks Phil for taking the time for this interview with Masters Radio. You have been a great supporter of ours and it is much appreciated. We currently are playing your song “Radio Calling S.O.S.” on our stream rotation. What is the story behind this song? And for that matter, the Radio Calling album?

Phil – “Radio Calling S.O.S.” was a tongue-in-cheek diatribe about the state of the corporate radio stations in the U.K. They’re all playing from the same playlist of a couple of hundred songs forever and constantly telling you they have the “Best mix”, when they clearly don’t. Even the “oldies” that these stations play are the same ones forever…the ones that some audience-profiling research company has probably told them are nice and safe. There’s been 60 years of Pop/Rock music history to select from, so why restrict that.

Our national station virtually tells you: “if you’re not a major artist on a major label, don’t waste your time sending us your songs!” How does that encourage talent?

Rob – A lot of your fans go back to your days with The Stiffs. Considering how young you were when you first started that band, how has your playing style changed?

Phil – Well, it probably hasn’t changed a whole lot really. I wrote the songs for The Stiffs, starting when I was about 15 years old and I still probably write, record and play to the same recipe, except the playing and singing is a sight more controlled after 40-odd years of experience. I just love the sound of chuggy guitars behind an infectious melody but working solo allows to me to explore a few avenues too.

Rob – You know we only play new songs from artists first popular twenty years ago or more. We also have discussed how the industry is always after the “new thing” and sometimes (okay most of the time) ignores established artists. What has to change or what would you recommend the industry do to change this?

Phil – The industry needs to judge music on its merits, not just whether the artist happens to be current or “trending” this week. I hear a lot of people of my age group saying “modern music is rubbish” but that’s only because they only hear what the mainstream media and major labels force-feed them. There’s always loads of great stuff being made but not necessarily being heard in the mainstream.

Generally, older artists are treated as curios from a bygone era, rather than relevant contributors, which is a completely unfair assumption. As your station and others have proven, many of these “heritage” artists are still writing and recording music that deserves to be given a fair hearing. The airplay puts them back in the “current” arena again. What Masters Radio and several other stations are doing is a God-send to the more mature artists.

I’ve heard so much great music on independent radio recently that I would never have heard otherwise and that situation needs to be addressed. I feel as though there’s a big ground-swell of people thinking the same thing. Once upon a time, the over-40s listened to Perry Como and Klaus Wunderlich but the big stations need to acknowledge that demographic has changed and that we might actually want to hear what the musical heroes from our youth are doing now, rather than just what they did ‘then’.

Rob – We have watched your latest release climb up the charts and it has not peaked yet. Were you expecting to get such a great response for this song?

Phil – To be honest, I was reluctant to send “Radio Calling S.O.S.” to radio stations, just in case they misunderstood and thought I was specifically targeting them in the lyrics and took offence. It turns out that the sentiments of the song are shared by a lot of people in the business, particularly presenters on independent radio stations. I always thought the song had a good hook and a chance though, if I could actually get anybody to hear it.

Rob – In today’s world, it never has been easier for an artist to get their music out there. How has technology helped or hurt you in this new tech era?

Phil – I think it’s easier to reach an audience now. You used to have to go to the Post Office with a hundred CDs to send out to radio stations and then find out they’d been sent straight to the local record dealer without even being opened. It’s much easier (and cheaper) to find contacts and put an MP3 on someone’s desk now. Having said that, if you’re a solo operator, you still have to put the hours in to build the contacts. People aren’t gonna come looking for you on the off-chance that you might have a decent song sitting in your filing cabinet.

The playing field has been levelled to some extent in that respect but the move away from physical product is hurting in the financial department. People don’t even pay to download songs or albums anymore, as all the platforms seem to be actively steering customers towards their streaming services. Independent artists can’t even buy a decent takeaway meal off a month’s worth of streams at $0.003 per stream (and no, I didn’t put the decimal point in the wrong place!).

Rob – I saw your stint with Merrill Osmond recently and noticed you flash a smile when the camera was on you. Can you tell us a little about that experience? That is, playing and not the smile?

Phil – I only landed the gig with Merrill about 8 days before his live-streaming event, as his regular guitarist couldn’t make it. I literally had to learn 90 minutes worth of material from scratch in about 8 days and I’ve gotta say, I thought I’d bitten off more than I could chew. Needless to say, it was 90 minutes of intense concentration but I was just thrilled to be there. The smile must have been one of relief during a particularly easy bit!

Merrill is a real gentleman and his team is fabulous. When I was a 12-year old kid in 1974, I never dreamed that I’d ever even get to meet some of the people I’ve worked with, let alone share a stage with them.

Rob – I saw that your daughter, Carla Cherrie Hendriks, has a single she has released. What advice have you given her about the industry and what do you wish somebody would have told you about the music world before you started?

Phil – I advise her to keep in control of every aspect of what she does. Don’t give your publishing away or the rights to your recordings because 10, 20 or 30 years down the line you’ll damn well wish you hadn’t. That’s what my Dad told me when I started and sadly I didn’t listen at first. He told me: “Son, you need to treat this as a business, not just a bit of a laugh!”

Keep writing and keep pushing your material. It doesn’t matter how good a song you write or record if nobody hears it. Most people give up just at the point where they were about to become successful.

Rob – Right now, this world has been turned upside down. How have you kept your sanity during the things that have made 2020 a year to remember (or forget)?

Phil – I think my sanity has been pushed to its limits. I’ve done my best to take some positivity and be creative in the writing and recording department but sometimes it’s been a challenge to maintain the enthusiasm and lust for life, with all the depressing news and vitriol being spewed everywhere you look. Promoting my debut solo album and getting a positive response has helped me shut it out though.

Rob – If there was one thing about your career that you wish you had a do-over, what would it be?

Phil – I’ve had a lot of ups and a lot of downs over the years but I feel blessed to still be working in the job that I love, working with people that I admire and genuinely enjoying it. I may never have had worldwide success myself but it wasn’t for the want of trying and part of the fun is to be still trying. I’ve toured the world, played with some legends and most of it’s happened over the last decade. I’d have settled for that when I started out.

If anything, I’d have listened to my Dad’s advice when I was 17 or 18. As the joke goes: “What was that advice?” …Answer: “I dunno, I wasn’t listening!” He saw the business for what it was back in 1980, when he asked the head of A & R at EMI Records: “Why should these lads (The Stiffs) sign to you? They’re doing fine on their own!” He was right…we should never have signed to a major label and just built on what we already had achieved on a D.I.Y. level.

Rob – Finally, if you had one musician, past or present, that you wish you could play with, who would it be?

Phil – That’d have to be Elvis or Springsteen, I reckon.

Well, I believe that the King or the Boss would be honored to play with you Phil. Thanks for taking the time to answer Ten Questions With. Stay tuned for more interviews in the coming weeks.