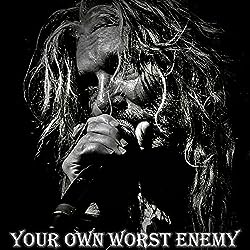 John Corabi (The Scream, Mötley Crüe, Union, The Dead Daisies) has released a brand new solo song, “Your Own Worst Enemy”. This is ahead of his upcoming autobiography “Horseshoes and Hand Grenades.”

Corabi is considered a “rock journeyman”[2] with a long list of collaborations with established acts such as Angora, Union and ESP (both with former Kiss lead guitarist Bruce Kulick), Ratt (as a guitarist), Twenty 4 Seven (with his then Ratt bandmate Bobby Blotzer), Zen Lunatic, Brides of Destruction, and Angel City Outlaws (with his then Ratt bandmates Robbie Crane and Bobby Blotzer, and former Ratt guitarist Keri Kelli, who he replaced in Ratt). He was the lead singer for supergroup The Dead Daisies.