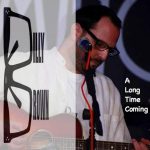 There has been a new wave of music from some of our Masters Radio friends that follows more of a 1950’s model. Although the artists of that time may have had more than one song, but the released them one at a time.

I know that you all can remember an album from your past that you only listened to that ONE song. The artists were forced to put together a bunch of songs just to fill all of the wax space of an album.

Billy Brown has released one song at a time over the past few years and we couldn’t be happier. One reason is because he spends the time to craft each song and not blast a bunch of tunes to make a music company happy. BB’s newest song is called “That’s Where You Go.” Its another great song and we are honored to have it in the family. Remember to listen to Doc Brown’s podcast each week and the link can be found on our site. We also want everyone to know that we will be conducting an interview with BB, so STAY TUNED!