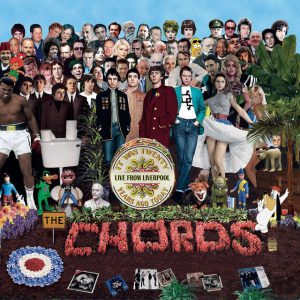 The Chords have released “The Last Great Rock Star.” We hope this isn’t the case. There have been loads of naysayers in the past few years that have claimed “rock is dead.” Maybe those people aren’t to be believed. This song speaks to the fact that “it ain’t over yet.”

Keep the hits coming and we’ll keep playing them! Also, for our Beatles fans, this is a great album cover.